The Ford Fiesta Mk4 was built and sold at the same time as the Mk3, as production ended for the Mk3 in 1997. The Fiesta Mk4 was instantly recognisable as a new model due to its curved, aerodynamic body shape and it was Britain's best-selling car from 1996-1998. With the Mk4 came the 1.25-litre and 1.5-litre engines that are still used today. It came as a 3/5-door hatchback, a 3-door panel van, 3-door high cube panel van and a 2-door coupé utility.

Moving on from the Mk3, there were several features that made the Mk4 'new'. It featured new interior styling with a new dashboard and new exterior styling with an oval grille, new headlamps and the new Zetec engines. The most notable improvement was the fantastic handling as a result of a new suspension system and enhanced chassis. It appeared that Ford had produced yet another successful Fiesta.

Sometimes referred to as a 'facelift' of the Fiesta Mk4, the Mk5 is similar to the Mk4 in appearance but was released with a new Focus inspried front end with a new wheel design and new bumpers. The Mk4 was upgraded in 1999 to this model.

The Mk5 bought with it the reintroduction of leather trim and the introduction of side airbags as an added safety feature. It won Britain's best-selling supermini in 2001 and had a top speed of 104mph (2mph less than Mk4) and could do 0 - 60mph in 12 seconds.

Ford went onto produce the Ford Fiesta Zetec S which had updated suspension and brakes - recognisable companies went onto produce performance parts for the engine on this model, a 1.6-litre 16v Sigma engine. The Zetec S had a top speed of 113mph and could reach 60mph in 9.6 seconds. 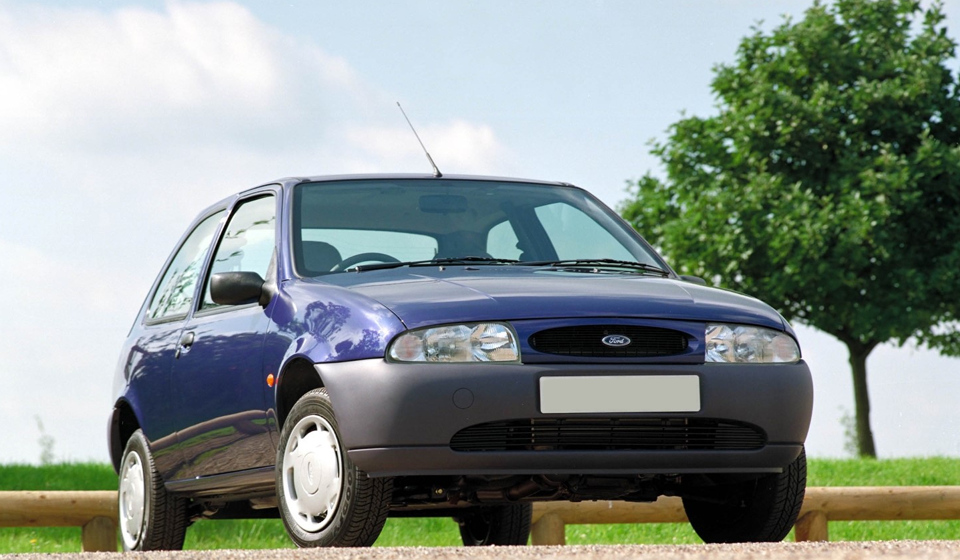 The Fiesta Mk4 had the following iconic features:

Book A Test Drive in the latest Ford Fiesta with Haynes Ford:

We have demonstration vehicles available for you to test drive and experience the technology of the New Fiesta for yourself. Fill out the form below to book your test drive appointment today.