On Tuesday 25th September 2018, Andrew Haynes, Chairman & Managing Director of Haynes Ford in Maidstone, handed over the keys to the Mayor of Maidstone, Cllr David Naghi, for the borough’s new Mayoral car.

As one of Maidstone’s oldest businesses Haynes have been established in the county town since 1832 and have had a long tradition of supplying Mayoral cars. In the 1970s and 1980s, the Company used to supply Ford Granadas when the Council used to purchase vehicles outright. More recently, the Council has opted for other brands and has worked with local companies to supply their vehicles.

Recently, Haynes were approached by the Council to see if they would be interested in sponsoring the mayoral car when this came up for renewal. Given the long history of Haynes and its relationship with the Council, the Company was only too happy to oblige. This marks the very first time that the Mayoral car has been sponsored by a company.

The Company has supplied the Mayor of Maidstone with a top of the range Ford Edge Vignale, which has four wheel drive to ensure the Mayor can get everywhere in all weathers.

The Mayor of Maidstone, Cllr David Naghi is delighted with the new car and said: “Haynes of Maidstone sold their very first car in 1903 and this Mayoral car is an absolutely fantastic motor – it’s state of the art.
“The Ford Edge is very comfortable – sitting in the back I could almost nod off! It is a very slick looking, stylish car, and as the Mayor of Maidstone, on behalf of the people of Maidstone, I would like to thank them for supplying it to us.”
Commenting on the recent handover, Andrew Haynes, Chairman & Managing Director of Haynes Ford said: “we were delighted to be able to supply the Mayor with his new car and this top specification black Ford Edge Vignale, we believe, will be the perfect vehicle for his needs, as it is both very comfortable and highly practical.

“It is very nice for the Company that we are once again providing a prestige Ford vehicle for the Mayor’s use.” 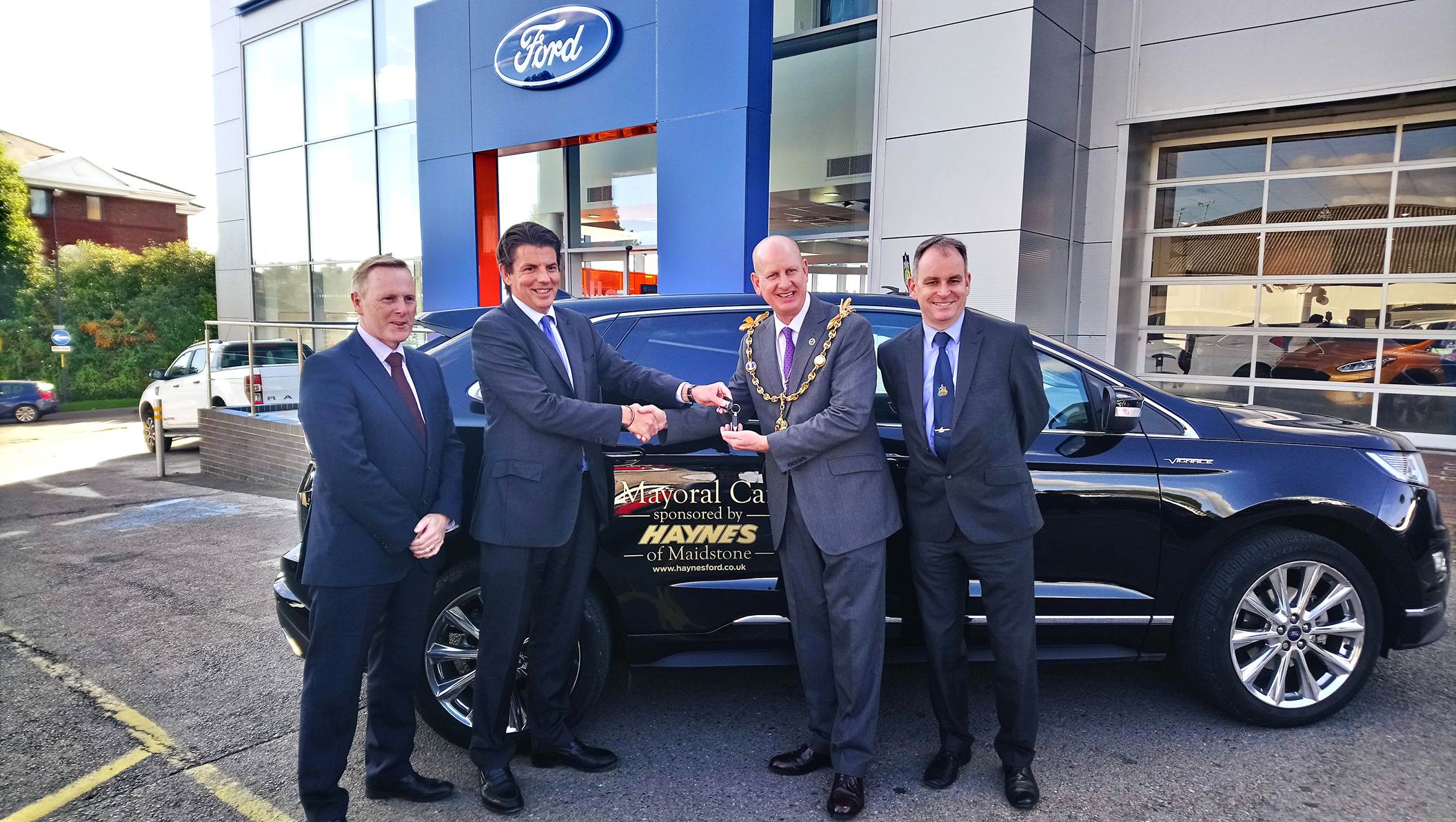