The first outing of Haynes' new 2018 MY Mustang demonstrator proved a draw to many - with it being the sole 'modern' Mustang at the meet.

Plenty of classic 'stangs were however on show, with a nice example of a fully restored 1967 Mustang  being the attention grabbing headline of Ford's performance range. Also attending the event was a car and family well known to Haynes through their connections with the Kent RS Owners group, an example of a black RS Cosworth that had passed its MOT that very same day !

Other classic Fords were also on display alongside other classic and retro manufacturer models, with lots of overheard musings and memories from the crowd of attendees, recalling scenarios where they had driven or travelled in a type of car like it.

A number of classic bikes were also in attendance and photographers were enjoying the opportunity of taking shots of vehicles in the setting sun.

Despite some protestations about the size of the event by some locals all in all this was a well organised event and allowed Haynes the opportunity of displaying their Mustang in front of owners and an audience that appreciated the cars on display.

Many thanks to Thanet Classic Car Club for a hugely enjoyable evening meeting. 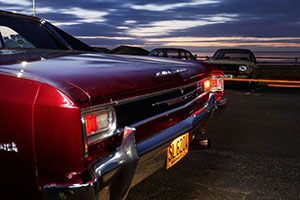 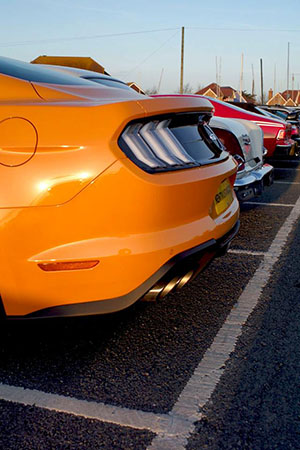 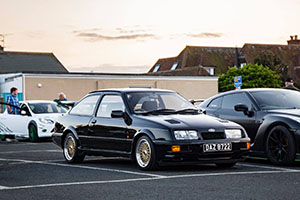 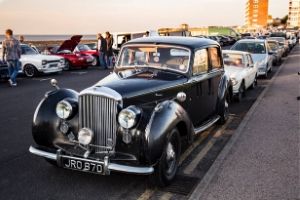 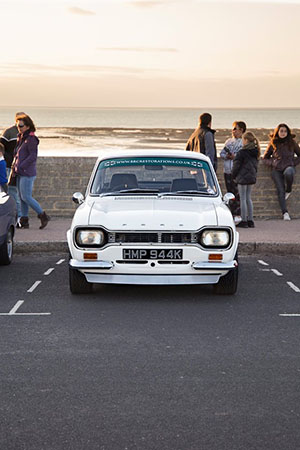 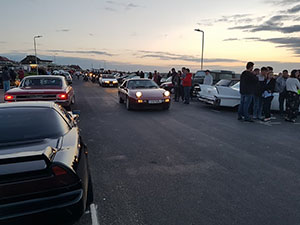 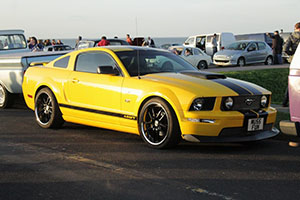 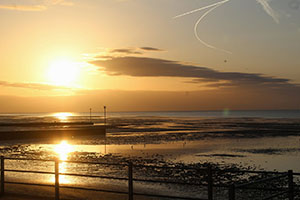