Following on from 2016's successful 'Steeda Saturday' which launched Haynes and Steeda UK's joint Mustang venture Haynes decided to plan for a bigger event and invite all local Ford Performance and Classic Car Owners to come along to Haynes in Maidstone and display their vehicles.


With background music provided by local duo 'The Cheeky Blinders' vehicle owners and enthusiasts - many who had seen the event advertised on social media - mingled together, along with members of Haynes staff, enjoying the fantastic weather and viewing the multitude of both new and classic Ford models on display. A fantastic range of around 100 vehcles was on show, with beautifully restored examples of Ford Escorts, with a Zephyr, Cortina's and a Capri also featuring. The care shown and meticulous keeping of all tax discs by one atendee from his 1983 Ford Escort, bought by himself from Haynes proved a real talking point for all who walked past.

Ford's latest Performance models were well represented by owners who had purchased from Haynes, with the Nitrous Blue and Stealth grey Focus RS' revving their engines and 'popping' their exhausts in competition with the deep rumble from the V8 Mustang GT's, in various colours and with various graphics additions.

The Kent RS Owners Club provided a range of RS history, with some beautifully restored examples of Cosworth engined vehicles and the full range of Focus RS. Likewise, the Kent Mustang Owners Club provided a range of left hand drive vehicles from the 1965 coupe to the more recent UK specification right hand drive, with many of the latest models having had upgrades installed by the Haynes Service team. Haynes Ford also took the opportunity of placing their own 1965 Classic Mustang on display which was well received by the guests and with many comments on the standard of paint restoration completed by our very own Accident Repair Centre. The companies current Mustang and Focus RS performance demonstrator models were used to take guests for test drives around the roads of Maidstone.

Refreshments were available and 2-wheeled American performance interest was catered for by Robinsons Foundry from Canterbury displaying 5 of their their latest Indian motorcycle demonstrators. Louise Cook, Maidstone's Rally Champion and sponsored by Haynes Ford for the last 5 years was based in the car showroom with her racing simulator, set up with the 9-screen technical power wall in the showroom making the laps seem realistic and lifelike. There was also a face-painter on site and colouring sheets were available for the smaller Ford fans, creating a real family atmosphere.

Steeda UK representatives and Haynes staff were on hand throughout the site ready to advise on Performance upgrades and generally chat with visitors, owners and enthusiasts. Our Sales team were more than happy to share their knowledge of Ford's future plans for the new 2018 model Mustang and Focus RS500 and were able to answer many questions on the New Fiesta, with demonstrations of the B&O Play sound system in the showroom occasionally providing a very loud backdrop to the racing simulator!

Haynes are pleased to have created a local show for the many local Ford enthusiasts who really seemed to have enjoyed the day. Feedback and social media interaction shows that there is enough interest for Haynes to do a show like this annually. Keep an eye on our Social Media accounts for our future plans !! 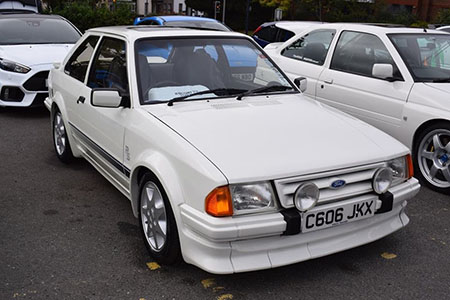 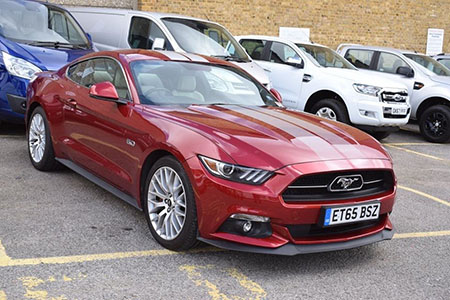 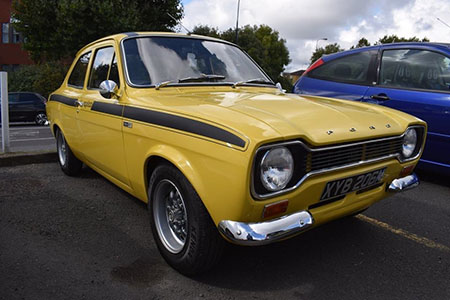